A lecture-discussion by Dominique Scarfone

Today is Saturday April, 10, 2021, and I am at the IPI Saturday morning guest lecture by Dominic Scarfone. I am sitting here in my Zoom window along with clinician colleagues from thirteen countries (Austria, Canada, India, Iran, Japan, Macao, Mexico, Netherlands, New Zealand, Panama, Phillipines, Romania, and South Africa) and twenty-five US states. The IPI Director has explained the use of technology so that we know how to introduce our questions and comments into the large group discussion of the ideas presented to us in the lecture “Trauma, Subjectivity, Subjectality.” Dominique Scarfone, a Montreal psychoanalyst, professor, and author of The Unpast and Laplanche, is talking about these ideas developed from those of the French psychoanalyst Laplanche. Since most of us are more familiar with Anglophone psychoanalysis, we’re looking to Scarfone for his translation of the French way of thinking about the impact of trauma upon the infant’s developing body and mind and subjectivity. Later we’ll hear about subjectality. 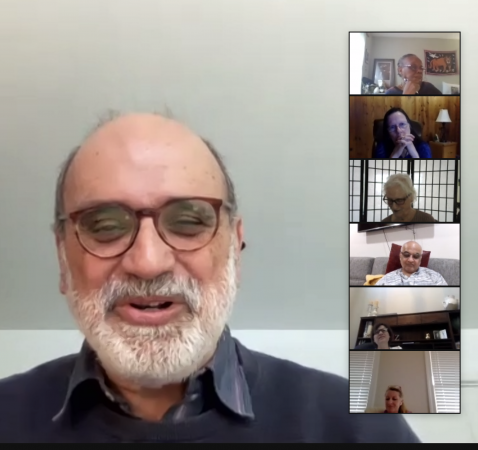 Scarfone tells us that, when trauma is the focus, psychoanalysts tend to see it as an exceptional problem as if it calls for something other than the foundational method of psychoanalysis. This is not justified. In his view, trauma is a general part of the impact of the other on the self and falls along a continuum. To him, trauma is normally, inextricably entwined in psychic life, as the infant subject confronts the other, and in particular has to deal with the impact of the care-giving adult’s infantile unconscious sexuality.  The theories of attachment or mentalization do not take sufficient account of the enigma that the adult’s infantile unconscious sexuality poses for the infant mind.  When the infant mind cannot articulate what is going on but can only register it, the experience creates a primordial split between what can be held in mind and what cannot.  This is due to implantation of the traumatic sexual enigma stuck in the infant mind like a foreign body, an experience the infant has to decode or translate — an effort which will be only partially successful.   When the sexual enigma is accompanied by violent passion, the translation effort is compromised and impeded what Laplanche calls intromission, and Scarfone calls intrusion.  The balance between implantation and intromission, is determined by the context of relationship with the other.

The mother who provides sensitive care for her baby always shows some deviation from the provision of care into the realm of sexuality. Lest this sound too abstract, Scarfone gives us an example.  Imagine the parent at bath-time, pretending to be a monster coming to eat the child up.  The parent communicates intense oral desires, but this is play, the infant enjoys the pretense, and the cannibalism doesn’t happen.  The mother who puts the baby to the breast may have sexual feelings and responses from the nipple stimulation.  All this is in the realm of ordinary parenting behavior.  In Scarfone’s view, unlike Freud’s view of psychosexual development, the infant is not sexually endowed at birth.  (I would put more value on the infant’s active pleasure-seeking, sucking and caressing, but that is not Scarfone’s focus).  He redefines infantile sexuality as being evoked in a libidinal and inviting interaction with the other. The child registers the various forays from the other, and stores them for future understanding.

The human context that the various others caring for the child provide is unpredictable. Attempts at consistency and reliability are never perfect – which is a challenge for the infant, but has an upside, since surprise and novelty stimulate adaptation and growth of individuality.  Scarfone agrees that the infant and mother work together to create a symmetrical attachment relationship, but believes that, since the powerful adult is endowed with sexual desire and the infant is not, this part of the mother-infant relationship is asymmetrical.  When an adult’s caring for an infant is infused with the exertion of power and mastery, the child, who thereby is required to submit to the desires of the other, suffers a greater amount of trauma than usual from the encounter with the other. The trauma is compounded because the infant (and later the child in that situation) is in a helpless state of mind, unable to put words to events and symbolize what has happened.

The normal development of our subjectivity is subject to the history that came before us, our sexual drive, unconscious elements all around us, our suffering, and the estrangement we have experienced.   The subject should be the center of action. But when treated as a thing, the person loses the sense of subjectivity. The child may be diminished by the shame of her helplessness or may respond by imagining she is special in order to preserve her dignity and elevate her helpless masochistic surrender to a triumph. Traumatized people who were so objectified may join others with similar feelings to form a compact mass for support, but are then subjected to the common opinion, and find themselves again victims of abuse of their own making.  It is difficult for them to recover their subjectivity.  Now we find out the meaning of subjectality – the taking back of one’s subjectivity and having one’s own opinions, desires and choices. 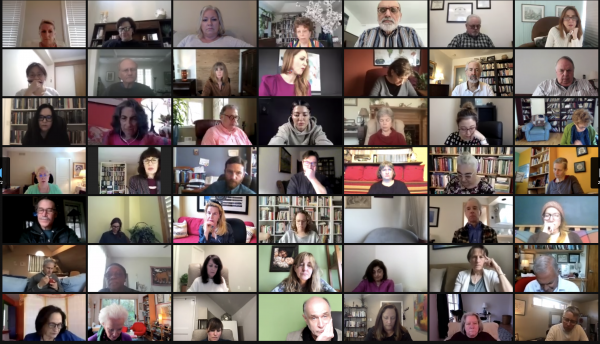 We are fascinated by Scarfone’s way of thinking, puzzled, intrigued, struggling a bit, and inspired.  We listen; we compare and contrast the French ideas to those of Freud and Winnicott; and we debate with him directly.  The fabric of our thinking has been torn by our contact with the other.  In the ensuing small affective learning groups, the translation and integration continue letting the light in through the cracks.