Because of physical distancing to combat COVID-19, the International Psychotherapy Institute (IPI) moved its April weekend conference on sex and gender and its student graduation ceremony from the usual site in Rockville to IPI’s 1000-capacity Zoom room online.  I thought it was a good decision, and I planned to be there.  I had attended a number of online Town Halls and was quite used to seeing all the attendees in their electronic squares in gallery view across multiple screens, or a large image of a single person in speaker view.  However, in the week before the conference, I was still thinking of scheduling enough time to drive up to Rockville.  I was still anticipating meeting colleagues in the flesh. 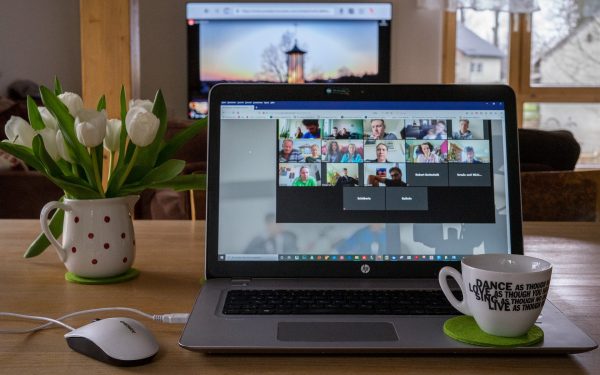 Once the conference began online, I resonated with comments about what people were missing – the time after the session to meet and greet in the hallways, the pleasure of embodied presence, giving a hug, comforting someone who had lost a friend or loved one.  Electronic social time was scheduled but was barely used.  Once these aspects were acknowledged and mourned the large group seemed able to work.  Members got used to entering their requests to speak on the chat, and the co-chairs held the center, monitored the chat and called upon participants to speak during the discussion periods. One member spoke of his hatred of physical deprivation and of having to look at his colleagues in their little boxes.  It reminded me of the Pete Seeger song written by Malvina Reynolds, “little boxes just the same.”  But each person seemed far from the same to me.  The variety of backgrounds and size of image within the frame reflected the personality of the person within.  To me, the online setting offered one great improvement.  Instead of looking at the backs of heads as people addressed the speaker or the panel in the Rockville hotel, I was looking at faces, and I could see everyone perfectly.  Although it is a 2-D image, the speaker view brought me very close to a real live person, perhaps because of the size of the image, but more likely because of the affect being expressed.  We broke into assigned small groups five times during the weekend, each group using its facilitator’s own Zoom room number, and that worked well.

People speak a lot about being fatigued by the effort of being online all day.  I felt fine on Friday.  By Saturday the relentless pace had got to me.  I needed to take part of the afternoon off to relax, get some exercise and fresh air.  I missed a presentation that was important to me, and then a small group.  Missing those was a loss I had to take because the conference schedule was too tightly packed for me and for many others.  During the conference, I got an email announcement of a conference that was to have been in Panama in October would now happen online instead. I had intended to go because of wanting to work with my colleagues in Panama, but now I faced a choice: do I want to attend a conference online in three languages?  I tried to tell myself that it will be easier to listen to just the English translation without having to tune out the language of the presenter and the interference from other headsets, and cheaper than traveling to Panama.  But for me it would be so much less enjoyable because of my particular attachment to the place and the people.  If this notice had not come in the middle of a packed conference schedule, might I have responded with more enthusiasm?

This bears on the decision I must make about attending the APsaA conference in June, now also online.  IPI’s director is asked to help ApsaA plan for that transition.  It is an honor for IPI to be recognized as having experience in reaching across a distance.  So, I should want to attend, but I am not drawn to it.  What had drawn me to IPI’s event was the subject matter, the conference design, and the object relations analytic perspective.  The weekend was organized on a theme, with participants studying, responding, discussing and developing the theme. 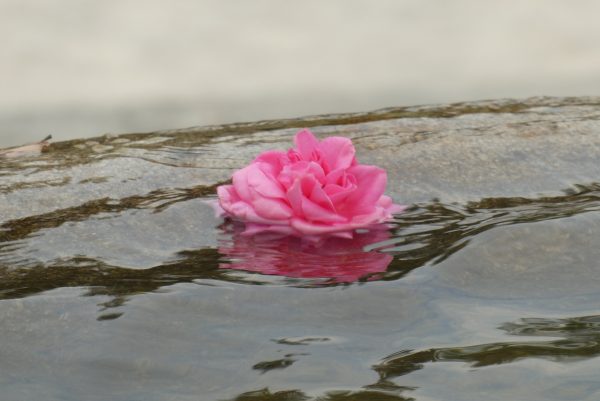 On Sunday, the conference had its first technical glitch.  The director worked feverishly but with an outward appearance of calm as she put in place an alternative gathering place.  Reminded of the old days with frequent technical problems when IPI teaching was frequently interrupted on the old Polycom system, David Scharff felt that current participants now knew what he and those early classes had put with.  Someone offered him “technology empathy”.  Since the director and many of those leading the current day’s events had experienced those days too, they rolled with the punches.  On this occasion, the host-administrator was locked out of the IPI Zoom room.  She could not reach the Zoom representative to arrange for a new number.   It was explained that Zoom had scheduled an update unknown to us.  The director and the administrator worked together like lightning to inform 72 participants of a switch to the director’s own Zoom room number.  The conference start was delayed by 15 minutes to allow everyone to log on, and the schedule was quickly adjusted in consultation with the conference co-chairs and session co-chairs.   We saw a fine example of grace under pressure.  The ensuing case presentation and discussion proceeded smoothly thereafter.

Last came the graduation.  The convenience of the online venue meant that lots of family members and friends from far away could attend. Faculty described the qualities of individual graduates from IPI’s psychotherapy and psychoanalytic training programs.  Students spoke of their experiences of pain, challenge, perseverance, passion, and reward. Lots of congratulations and praise for work well done was mixed in with sadness of leaving behind group members to whom people had become close over two  to four years.  Some were laughing at silly skits.  Others were in tears at the beauty of a song that captured saying good-bye to a friend who would be missed.  True, this graduation was devoid of physical copresence, but there was no lack of affect.  The closing ceremony felt like a salute to psychoanalysis, to a vibrant, sturdy organization carrying on in spite of the corona virus, a demonstration of the life force over COVID-induced death anxiety.